Home Blog To Emoticon or Not? 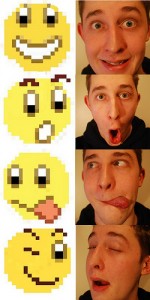 In my previous blog post on the “Top 10 Netiquette Rules in Online Education,” #8 was “Don’t Abuse Emoticons.” It is clear in online courses that one should never use emoticons in an academic paper, but what about in the discussions? As an online professor, I do allow emoticons in the discussions just as long as they are used correctly and sparingly. I do understand that it can sometimes be hard to decipher the online tone in some discussions and the use of an emoticon can be very helpful to the reader. When would you use an emoticon and when would you not? Which emoticons are acceptable and which ones are inappropriate? Which emoticons are used the most? What is too much? I have had some online students in the past who seemed to use an emoticon almost after every single sentence. That is obviously way too much. I also have had some students who have used emoticons to create pictures in the discussion. This reminds me of the old E-mail forwards that everyone used to send each other so many years ago.

I often find that the simple 🙂 to be used in online class discussions when a joke is made or something is said in a humorous spirit and not made to be taken seriously. I rarely see the 🙁 used in online class discussions and question if they should really be used. There are literally hundreds of emoticons out there that one can use, but will everyone in your online class understand most of them? This is similar to texting language where not everyone understand every term. Some online classes actually allow you to post the actual cartoon emoticon/smiley 🙂 like here in Word Press and some only let you use the actual text like this   : )

Here are some of the universally recognized emoticons that online students often use in online discussions below. I find it interesting which ones Word Press recognizes and which ones it doesn’t. Doesn’t that tell you something?

Do you think online students and people in general will always continue to use emoticons or is their future limited?

Am I missing a few? Tech Dictionary has complied a pretty good list: http://www.techdictionary.com/emoticon.html Please let me know some of the other ones out there that you use. Please stayed tuned next week when I write another great blog post on online education!